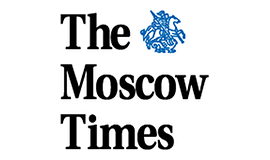 Erect rubber penises decorate the tables, and diagrams of male anuses form the room’s perimeter. But no, this is not a sex toy shop — it’s a new trend taking off in Russia: sex coaching.

Because «we all love to have sex. But the harsh reality is that not everyone knows how to do it,» one prominent sex coach, Alex May, says in a video address on his official website.

Popular among both women and men — albeit offering a drastically different approach to each target audience — sex coaching seeks to instill students with more confidence in the bedroom.

But with prices for seminars ranging from 4,500 rubles ($130) to 18,000 rubles ($523), it is unclear whether the industry is raking in big profits by empowering its clientele, or by preying on people’s insecurities.

To get to the bottom of this, a Moscow Times reporter attended one such seminar offered by the Sex.RF training center in northern Moscow late last week.

The seminar, titled «A Brilliant Male Orgasm,» ran for 2 1/2 hours. It involved a great deal of hands-on practice with large rubber penises.

The audience consisted of a motley crew of women: from young fashionable women in their 20s to older women who said their husbands had given them gift certificates. Some students continued blushing the whole time.

Many of them were loyal customers that had attended several other seminars at the training center.

Perhaps in a bid to break the ice, the instructor made a joke about the inevitable imperfections of the male penis: «Some of them are slanted to the right, some to the left; some are never straight,» she said.

No topic was too taboo to be discussed, and the women attending seemed relieved to hear the instructor speak so openly about male genitalia.

As for ways to please your partner, she offered dozens of different strategies, noting at one point that «this one works well in the movie theater.»

Rather than repulsing the participants, the instructor’s frank and at times lewd comments only seemed to put them more at ease, which created an atmosphere of female bonding.

Continuing along this line of logic, she said such prostate massages could be instrumental to a man’s faithfulness.

«He may immediately offer to live with you or get married,» she said to a room full of women, some of whose eyes shone a little brighter at that remark.

«Think about it, he may have the chance to cheat, and he’ll be sitting there in a hotel with this girl and then he’ll just realize: wait a minute, why would I do this? I’ll get one night with this girl but then lose my wife [who gives prostate massages].»

Yekaterina Lyubimova, another sex coach and founder of the Sex.RF training center, echoed that idea, saying after the seminar that the training had helped some women avoid divorce.

«Many of our clients note that their relationships get a sort of ‘second wind,’ some manage to avoid an impending divorce, some of the girls who have been with their partner for a long time finally get a marriage proposal, and some say their family life is improved,» said Lyubimova, a young blonde emanating confidence.

But Alexander Poleyev, a psychotherapist and sexologist who has been a driving force behind the development of Russia’s sex-therapy scene, said «good sexual relations don’t give such guarantees.»

In some cases, such happy endings may actually happen, he said, but the real purpose behind sex coaching is to make people less shy in talking about sex — something which greatly helps those who really suffer from sexual dysfunction.

«On the whole, it’s a very positive thing that we now have sex coaching in Russia,» Poleyev said, adding that «it did not come easily.»

Lyubimova of Sex.RF said the industry is rapidly developing and will likely continue to do so for years to come, as it fulfills a crucial need: that of civilized training for sexual relationships.

«Today we still see with our fellow citizens a sort of illiteracy in issues of intimate hygiene, which in itself speaks of more serious problems in terms of family life,» Lyubimova said.

The company’s first training center was opened in Moscow in 2012. By now the company has branched out to six different cities, with thousands of students attending each one. Other companies offer sex coaching in Russia, but Sex.RF has a monopoly on the business.

The other big player in the niche is Smart Style, which offers professional certification through a U.S.-based sex coach university.

Lyubimova also attributed high demand for sex training to the fact that social networks, movies and television have created the illusion of the perfect woman, leaving most women feeling insecure.

«Thanks to the growth of social networks and the film industry, many women get the feeling that they are the only ones with problems in their sex lives. The life of stars on the covers of glossy journals and beautiful posts [on social networks] by their friends about wonderful family life only strengthen this feeling,» she said.

While seeking to combat women’s feelings of inadequacy, however, it is safe to say that the industry is also making a pretty penny off them.

Eight other women attended the seminar visited by this Moscow Times reporter, with each of them paying 4,500 rubles for admission. The training center offers such seminars every day of the week, so even if turnout is low, there is plenty of money to be made.

Sex coaching for men is equally profitable, with Russia’s most prominent sex coach, Alex May, charging 18,000 rubles a head for a 16-hour training session on «Sexual Mastery.»

May comes off as the Tyler Durden of sex coaching, a younger man spouting off macho platitudes to a room full of men eagerly nodding, in awe because they believe May is privy to some secret of the universe they have been woefully ignorant of until this point.

«Open up any book about sex, find the author’s photograph, take a look at him, at his age, and ask yourself: ‘When is the last time this fat face had sex, how many partners has he had and what can he possibly know about the subject?» May was cited as saying by one Russia journalist who attended his seminar.

«The quality of your life in bed is a reflection of your life as a whole,» is among the aphorisms May favors.

Why does May think he is an authority on the matter? Because, apart from being a trained psychologist, sexologist and sex coach, May says he has had more then 200 sexual partners, each of whom taught him something uniquely useful.

The aim of May’s seminars is to make people «unforgettable in the bedroom,» he says on his website, by teaching them to read their partners better.

A request for comment sent to May remained unanswered by the time of publication.

Sergei Mukhamedov, a reporter for NedoSMI who attended a seminar and wrote of his findings, said May really had the effect of a cult-like figure on his audience.

«The phrase ‘mind blown’ came out of the mouth of every man who went out for a break. Even those who said they had quit smoking suddenly started smoking,» Mukhamedov wrote on LiveJournal.

«The things we heard about women were so unexpected and so incompatible with the normal male way of thinking. That’s what Alex calls it — a change in the fabric of consciousness,» Mukhamedov said.

Male sex coaching differs from female coaching in various ways, but one stark difference, according to Mukhamedov, was the seriousness in the room.

«There was almost no laughter, all the men are diligently taking notes in their notepads,» Mukhamedov wrote.

Poleyev of the Sexology Academy said May’s seminars served the same purpose as all the others: to remove the taboo of talking about sex.

But he added that no one would attend such seminars if they didn’t have some sort of problem in the bedroom.

The real focus, he said, should be on getting comprehensive, mandatory sex education in Russian schools, a move which might reduce the need for sex coaching.

Currently, Russian schools offer little to no sex education, a fact which has come under heavy criticism.

The powerful Russian Orthodox Church has fought against the introduction of sex education for years, even summoning State Duma deputies in 2009 over European Union-backed plans for mandatory sex education as part of Russia’s signing the European Social Charter. The church managed to derail those plans.

Many Russian officials have also spoken out against sex education.